[Game introduction]
It is a large adventure at a puzzle!
This game is a game which ventures by the power of a puzzle together with a monster.
I will venture the dungeon in the world and will find out a legendary dragon!

* A cardinal rule is an easy puzzle!
About the drops of the same color, it is a puzzle game arranged and erased three at length or width.
I will move drops well, will erase at the time of said, and will aim at a invigorating combo!

* The battle with a monster!
If drops are erased, the monster of an ally will attack an enemy!
Before being damaged by an enemy, I will defeat targeting a large damage in a combo!

* I will construct a team by the got monster!
A new monster will be born if the egg gathered in the dungeon is brought home!
I will make only your original team combining a favorite monster!
Gatsha can also get a monster in addition to a dungeon!

*Battle records may now be viewed from the eight player competitive mode results screen.
*The [4 Att. Enhanced Attack] Awoken Skill icon has been revised.
*The multiplayer menu display has been revised.

*Bugs have been fixed.

* For details, from within the app see Others > Event/Update Info 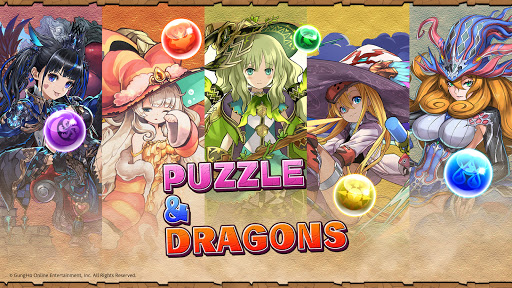