Game Information of Age of KITA 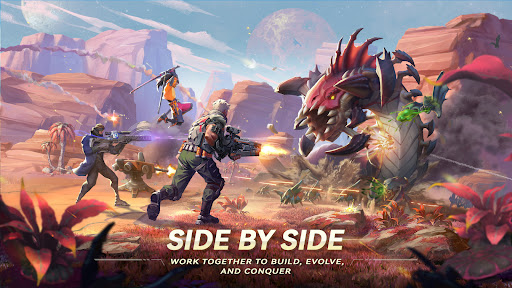 This is the future

As a Commander of the Human Alliance, you will lead humanity in its desperate struggle to fend off swarms of fearsome Xenoids, end the brutal reign of the Alien Archonate, and begin a new chapter for all humankind.

-Fast-Paced Shooter with a Compelling Story Mode
Assemble a loyal squad of allies and use a variety of weapons and skills to slay mutants, alien warriors, and more as you forge your own legend!

-Explore a Wondrous New Planet
Embark on an extraordinary journey on an alien planet filled with exotic vegetation and spectacular landscapes. Cut through the fog, discover alien ruins, and fight mysterious threats.

-Build Your Army of the Future with Nearly 100 Unique Heroes
Recruit powerful heroes and learn more about their gripping backstories. Combine their skills with armies of infantry, mechs, and aircraft on your journey to planetary domination.

-Shape Your Future with Super-Strategic Warfare
Create your own tactics and write your own sci-fi epic. Real-time battles and instant feedback let you change the course of a war with a single tap.

-Choose Your Allies, Conquer Your Enemies
Survive, thrive, and conquer with your Coalition. Capture massive cities as you expand your Coalition’s power and influence. Peace or destruction? You decide!

Related Posts of Age of KITA