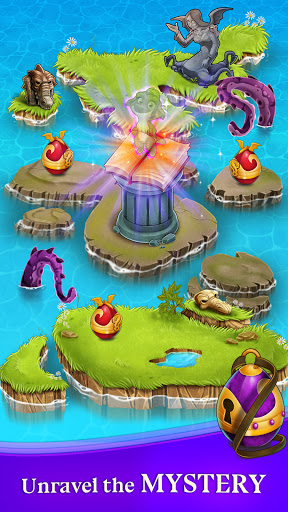 Go on a magical adventure, Complete Quests, and Build your dream farm, Evolve your dragons to Learn the story and unravel the mystery of the Lost Kingdom of Deltora!

The Dragons lived in peace for a thousand years, in a calm fantasy world in the sky. Then the dark smog covered the sky and cast a shadow on the land. Then the Zombie Orcs emerged from their castle to wreak havoc upon the world. The war lasted a hundred years, the dragons fought for survival, but it wasn’t enough to stop the zombies, and eventually, the battle was lost. Not a single soul survived. Legend says a true hero, a dragon master, will rise to bring back freedom for the dragons and their home, the magic empire of Deltora. The fate of the kingdom is in your hands. Do you have what it takes?