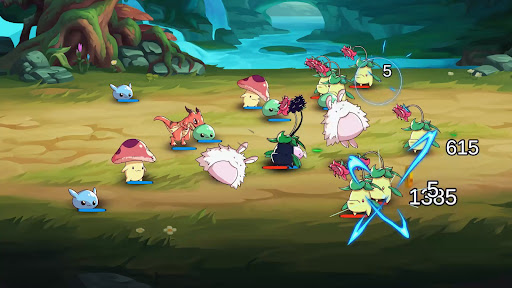 Fusion Monster is a casual game in which you merge and enhance monsters.
It is a game application for smartphones.
It can be operated by holding it vertically in one hand, so it is recommended for those who want to play casually.

■About the battle of Fusion Monster
Combat is an auto-battle that proceeds automatically.
It is also recommended for busy people as it progresses even when left unattended.

■How to operate Fusion Monster

・Purchasing Monsters
Monsters can be purchased from the SHOP by spending coins.

・Selling monsters
Monsters can also be sold by swiping the monster icon and moving it to the SHOP button.
Selling monsters is recommended when you have enough monsters and can no longer synthesize them.

・Fusing Monsters
You can combine monsters by swiping the same monster icon on top of each other.

・Gift Boxes
Rarely, a gift box appears in which a monster can be obtained.
Especially for red boxes, you can get stronger monsters by watching advertisements.