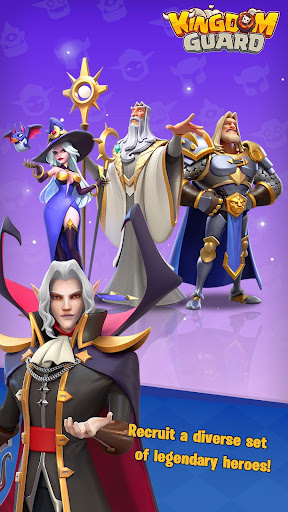 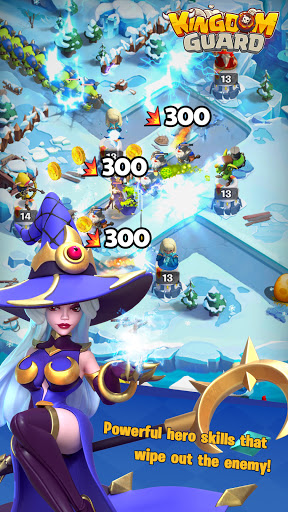 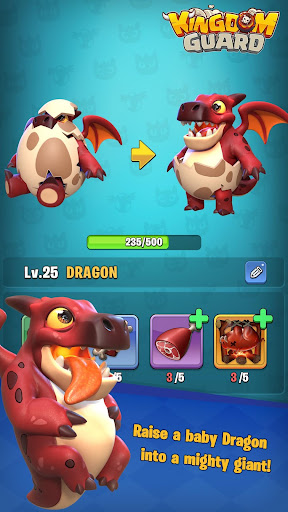 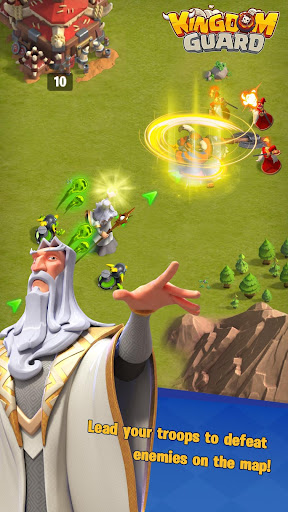 Based on the magical themed middle world, “KingDom Guard” reveals a war between the Magic and the Sword. You can train your soldiers to defend the enemy so as to protect your homeland. Deploy your soldiers to attack and eliminate the Invaders to become the mighty leader in this world!

1. Groundbreaking Gameplay
A new way of growing to get rid of the boring buttons for upgrading. Instead, soldiers are absolutely under your control of promotion! Two soldiers of the same levels and types can be used to promote more advanced ones!

2. Strategic Tower Defense
Defense can be arranged based on the different features of soldiers to defend the enemy. Different defense formation always gives you surprises.

Let your name engraved on this brutal continent! Become the ultimate king of this new era!
[Function]
The battle report can now be shared
[Adjustment]
Increase the number of stone rewards for ordinary monsters
[Optimization]
Optimized the display of emails
Recruitment items can be used in the bag to jump to the recruitment interface
When there is no rally, a button to enable automatic rally is added
[BUG Fix]
Fixed the problem that the AP recovery display was not updated in time
Fixed the problem that the hero was not updated in time when switching heroes in the role interface