▶Everyone gets a gift just by logging in!◀
★Season 2 commemorative gift: 500 Rubies + 1 Diamond Box★
※Please check your mailbox for special gifts! (Until October 31st)

Roguelike Strategy Card RPG!
We added a roguelike RPG element to a strategy card game, and came up with a really fun deck building game.
Create your very own fun and creative deck, and enjoy both the singleplayer or the multiplayer.

▣ Create a fun deck [Deck Building]
▶Add skill cards possessed by characters to create a unique deck.
▶Depending on your choices, you could achieve the best synergy, or completely ruin your deck composition.
▶Depending on your deck composition, even normal cards can act as devastatingly powerful cards.
▶We will consistently update the game with characters that have new and exciting skill cards, in order to bring our users a more varied and fun deck building experience.

▣ Singleplayer [Adventure]
▶You will create a inventive deck to prepare for your adventure to Valhalla.
▶There are a total of 7 Titans that will try to stop you on your way to Valhalla.
▶In order to defeat these immensely powerful 7 Titans, you will need to recruit allies to create a strategic and inventive deck, and increase its strength.

▣ Multiplayer [Survival, PVP]
▶You can meet other adventurers in the Temple of Judgment.
▶You can battle other adventurer’s decks instead of taking on the Titans.
▶You must figure out the various characteristics of the Titans, and create a deck that counters them.
▶Live for as long as you can. Survival is a skill, and also the way to victory.

▣ Tower of Competition [Competitive Strategy]
▶There are no such things as useless characters or skills in the world of Titan Slayer.
▶Various curses will make your life difficult whenever you enter.
▶In the Tower of Competition, you can experiment with your deck using characters that you don’t have.
▶As you climb the tower, you’ll have to choose a character that will be given to you at random.
▶Luck is important. Sometimes you’ll be given a character that won’t synergize with your deck. 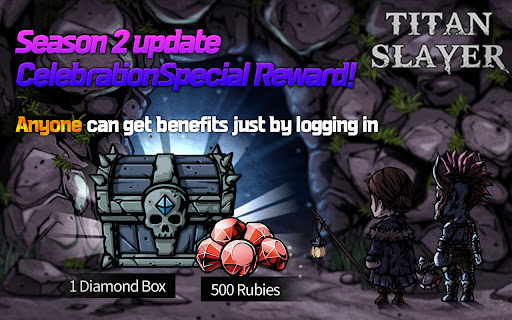 DRAGON QUEST The Adventure of Dai: A Hero's Bonds Varies with device