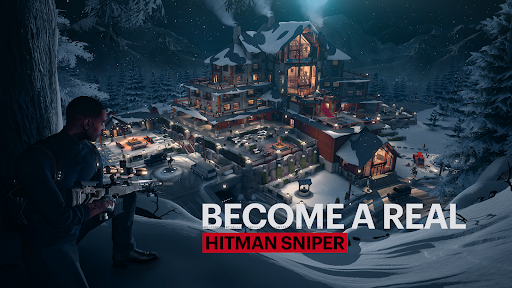 Enter the hidden world of assassination and become The Shadows, a team of highly-skilled snipers. Embark on globetrotting assignments, eliminate targets with stealth and creativity, engage in fierce competition and build your reputation as the International Contract Agency (ICA) Elite Agents!

BUILD YOUR SNIPER REPUTATION
Use skill and strategy to compete against other players.

CHOOSE THE RIGHT AGENT FOR THE JOB
Build your team of assassins. Each agent has their own backstory, rifle and abilities – allowing you more freedom and flexibility in how you approach each contract.

YOUR KILL. YOUR WAY.
Everything is up to you! Make critical decisions that impact your performance. Manipulate enemies and leverage the environment around you for the perfect shot. Be rewarded for your creative kills and increase your reputation.

DISCOVER BEAUTIFUL LOCATIONS
Play one of the most visually stunning mobile game experiences that has ever been released.
Bug Fixes and Game Improvements