Game Information of Hymn of Camelot 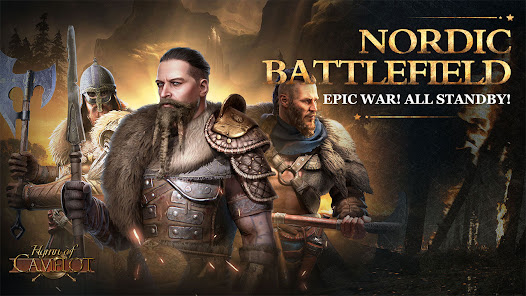 This is a brand new War Strategy RPG game in which you will be the Emperor, enter the maganificent medieval battlefield, lead your army to compete with other players from worldwide for the title of “The Strongest Overlord”.

There’re freely trade, auction, weapon bluprints gathering, PVP team battle and other diverse gameplay…with tense and excited combat experience, drawning you into the real war! Your Majesty, you will create the honor of Camelot!

★ Immersive gaming experience ★
Mysterious and vivid story, accompanied by realistic game style, from this moment on you will enter a new world and enjoy a new immersive game experience!

★ Freely trade, build your own trading rules ★
The highest bidder wins? Free auction? Barter… The trading rules here are up to you! As the owner of the auction house, what to sell and how to sell it are all up to you!

Facebook: https://www.facebook.com/gaming/CamelotLegend
Discord: https://discord.gg/HUbnXRV4GV
*Online game, requires internet connect
*The game is free to play
*There will have in-game purchases

Related Posts of Hymn of Camelot