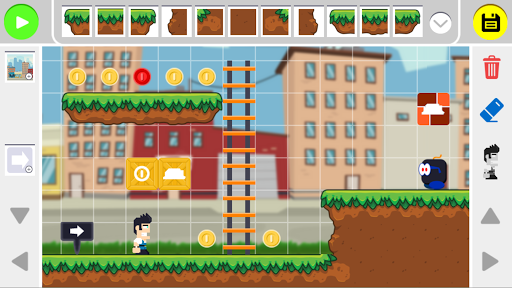 The most complete game in the series.
In this super platform game, you control Mr Maker, a young builder who is learning to work. With the help of a Magic Hammer and his horse called Wood, he sets out on an adventure around the world.

STORY
The terrible crocodile named King Croc stole the Legendary Magic Hammer again. In addition to his servants called “Tintas”, he now counts on the help of his friends “Águia” and the gigantic “Megalodon” to dominate the skies, land and sea. Mr Maker and his horse must use their intelligence and skills to defeat them.

As usual:
– Sub-levels
– Share using Level Codes.
– Publish your levels in the online world.
– Levels ready for you to play and explore.