Game Information of Save The Planet 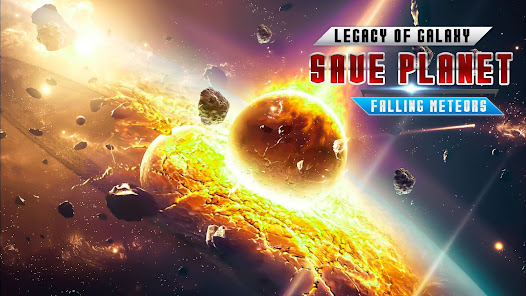 Save The Planet Earth – get on a space mission to bring the planet out of danger and harmful attack. The irregularly shaped asteroids are moving fast in the direction to the planet earth. The General Headquarters made a quick decision to send a spaceship with you on board to destroy the space debris. Your ammunition is limited, stop the scorching asteroids prudently at the solar system bodies in game. Don’t lose the trust of general staff and destroy the asteroids to Save The Planet Earth in Play Store!

Blow up huge asteroids that can crush into planet and destroy all living. Use fingers with speed to defend planets from waves of asteroids in this Android game. Each next wave will have more asteroids than the previous one. Different types of asteroids have different features. With each new level the difficulty increases.

Related Posts of Save The Planet